Register to be notified of New Articles the same day they're published.Never miss advice and trends that may be of real benefit to you and your business!

I recently read a very interesting article by Anum Hussain for HubSpot which listed common questions from Twitter users.  It’s an interesting read for anyone who uses Twitter and in particular those who use it for business and I urge you to read the full article.

The questions and answers were conveniently grouped into categories and below I have listed a few that we are frequently asked by some of our clients who are newer to Twitter.

A:  Tweet content worth sharing! There are no short cuts here, people want to read good content and when they get it, they’ll retweet it.  In some cases, simply asking for an RT can generate 4 times more retweets.

Building & Reaching an Audience on Twitter:  How can you tell if people are interacting with your tweet?

A:  If your tweet doesn't receive a favourite, retweet, or reply, you can look at your free Twitter Analytics to see the number of clicks it received.

Using Hashtags on Twitter:  Hashtagging.  How much is too much?

A:  Tweets with one to two hashtags generate more engagement than tweets with three or more.

Using Visuals and Media on Twitter:  Should all my tweets have links or rich media?

A:  Every tweet should have a clickable component that connects it to a larger message, whether that’s a hashtag, link, or rich media.

Timing Your Tweets on Twitter:  Is there an optimal time for tweeting and an acceptable amount of tweets per day?

A:  Monday through Thursday between 1-3pm has been found to be the best time of day for tweeting.  Tweeting more than 12-15 tweets, dependant on content, typically results in a decrease in engagement.

There is a long list of factors that make marketing via Twitter a great way to boost your business online: exposure, inter-connectivity, exchange of ideas and information and it can even add a personal touch when necessary….  With nearly 470 million accounts and almost 180 million tweets every day, Twitter plays a pivotal role in the thousands of different social media marketing strategies run by businesses worldwide.

We're a digital agency based near Liverpool, UK.  We've been established since 2005.  We like to work closely with client's and value long term relationships. Our mission is to make sure our client's are squeezing the maximum from the investments they make in web based activities.

Why Article Marketing Should Be Part Of Your Online Strategy 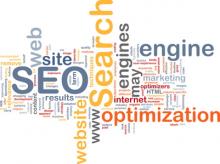 Have Google Labelled You ‘Mobile Friendly’? 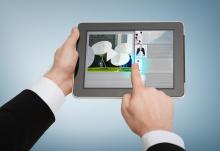 Remember to register to be notified of New Articles the same day they're published.If this article hit the spot don't miss others that may benefit you and your business!